The Story of Karin Herzog 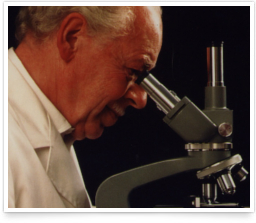 FROM THE RESEARCH TO THE DISCOVERY

Dr Paul Herzog, Swiss professor and scientist worldwide known, dedicated his whole career to the study of artificial respiration and oxygen benefits on human body. His work, for medical purposes, gave him the opportunity to understand its virtues. Like numbers of research doctors before him, he lives with the ambition of finding the solution to stabilize and fix the oxygen in an emulsion after he realized how much such formula would propose extraordinary curative virtues on the skin. Nonetheless, the difficulty is in the fact that it's a volatile element hard to conserve in a cream or any similar substance and, until then, nobody succeeded in fixing it.

At the instigation of his wife Karin, professional beautician, Dr Paul Herzog keeps focusing on exploring oxygen properties with the objective of putting them at beauty and skin health disposal.

In 1974, after several years of work and research, Dr Paul Herzog finally finds his formula. This amazing discovery will be patented immediately and includes two main innovations:

-    On the one hand, the oxygen molecule is stabilized into an emulsion.

-    On the other hand, under liquid form, the oxygen gets gas form when entering in contact with the skin and exercises a pressure allowing it to get injected under the skin.

For Paul Herzog, the advantage of this formula is clear: the same emulsion can be used for any type of skin, to the extent that oxygen action regulates the epidermis functions. 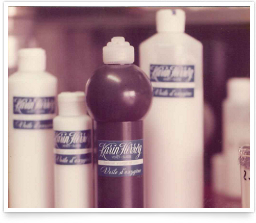 THE BIRTH OF AN EXCEPTIONAL RANGE

Dr Paul Herzog first imagined this invention for medical purpose but his wife Karin, professional beautician, convinced him to use it as a cosmetic base. She analyzed herself, on her own skin, the effects of the emulsions developed by her husband.

In 1975, Dr Herzog, convinced by his wife's idea, created a line of cares based on the several formulations discovered during his research. He decided then to name his collection "Karin Herzog". Sold inSwitzerland, the brand quickly won numbers of clients.

The first care was the "Oxygen Body 3%" cream. The Herzog discovered the normalizing effects that such a formula produces on the skin. Numbers of new cares will follow up for all of each the efficiency will be proved.

Encouraged by their results, Paul and Karin Herzog decided to open a first Beauty Spa inSwitzerland, on the shores of Leman Lake. Numbers of clients will run to the place to get these cares known as "miraculous". The institute is becoming famous and the quality of the cares is appreciated. Afterwards, the couple decided to commercialize their products all around the world.

To date, no other brand has such control on active oxygen for cosmetic application. Beyond the international patents, the formulas are kept as secrets that the family carefully protects. Karin Herzog is the only skincare brand built on active oxygen and its applications.